Aldridge School has joined with the local Royal British Legion and two other local schools, Cooper & Jordan Primary and Whetstone Field Primary, today to help mark the centenary of the end of WW1.

As part of our commemorations we have constructed 60 full size white crosses to mark each of the soldiers whose names appear on the Aldridge cenotaph.   Students from the three schools have created the crosses, researched the details of each soldier name and this has been placed on the back of a cross for each soldier. 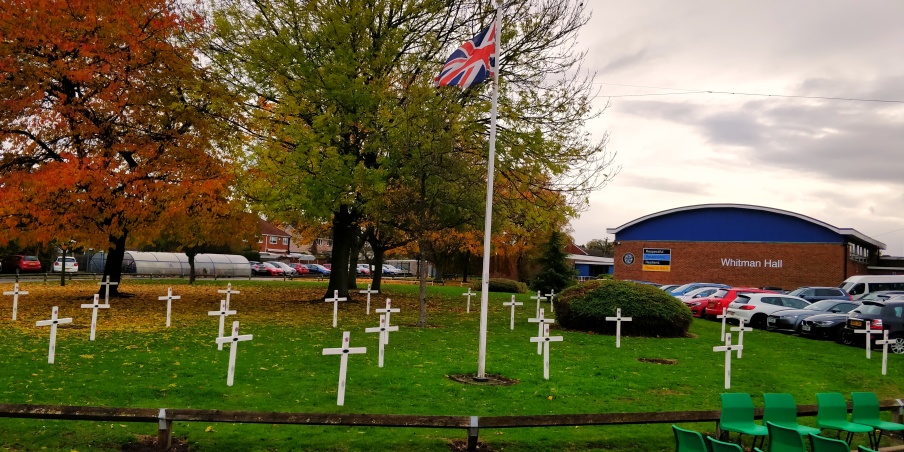 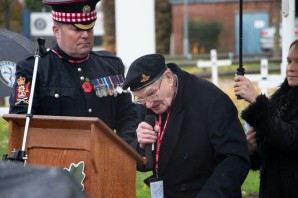 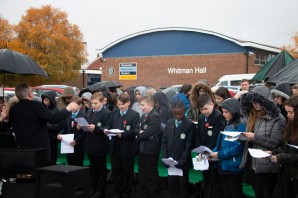 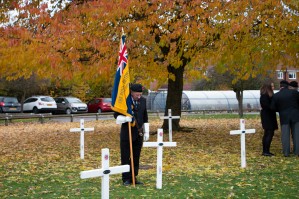 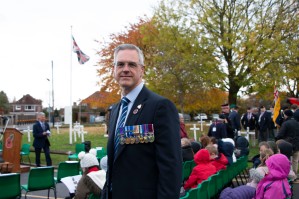 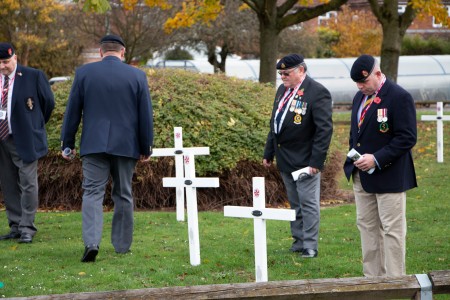 Today,  8th November, between 11.30 – 1.00 we were joined by several veterans, including some who fought during WWII –

CSgt Thomas Miller, 32 years’ service. Active service in multiple tours of Afghanistan and Northern Ireland, has served around the world.

Captain Ade Allen, served with Royal Engineers for 7 years as a signaller.  Active service in Iraq during the Gulf War. He is now a serving Captain with the Army cadets.

Mr Paul Tomlinson, served 4 years in the Signals and the REME. Served in Germany, and Canada.

Mr David Partridge, age 98.  A veteran of the Second World War as a member of the Royal Artillery.

Mr David Whitehead.  Active service in Iraq during the Gulf War. Still serving as a LCpl in the reserves as a medic.

Mr Alex Smail.  Active service in Iraq during the Gulf War, reached the rank of RSM.

We were also proud to host our local M.P. Wendy Morton, the Mayor of Walsall and Lady Mayor, local Councillors, the Rector of Aldridge Parish, members of the Royal British Legion and other members of the local community.

A series of readings were given by visitors, students and veterans.  Our choir performed and a two minutes silence was held.

Aldridge school also made a donation of £2300 during the service towards the work of the local branch of the Royal British Legion.

We have displayed all 60 crosses at the front of the school for the past 24 hours.

Once the formal part of the event was concluded invited guests joined us for a WW2 themed lunch.

On the 10th and 11th November the crosses will be erected near the cenotaph in Aldridge for the Remembrance Day Service.